FRAMINGHAM, MA - Now in its fifth year, Mass Audubon's annual photography contest, Picture This: Your Great Outdoors, has evolved into a "must" for hundreds of photographers eager to express a love of nature through their images. And with more than 2,000 photos submitted since the contest began April 1, judging so many top-quality entries was especially challenging.

But after reviewing each photo, judges chose Arindam Ghosh of Framingham as the 2014 Grand Prize Winner for his picture of a male mallard duck, wings spread and seemingly standing on water.

A 30-year-old software engineer from Framingham, Ghosh got his championship image while observing ducks in the aptly named Waterfowl Pond at Mass Audubon’s Ipswich River Wildlife Sanctuary in Topsfield. He’s been taking pictures as a pastime for five years, but the Mass Audubon contest was the first he has ever entered.

Photographers could enter a total of five images among END_OF_DOCUMENT_TOKEN_TO_BE_REPLACED

Enter one of the Framingham Photo Contests going on now!

FRAMINGHAM, MA - There's still time to enter two photo contests that are taking place in Framingham. The photos for one contest must be shot in the greater Saxonville area, and the other requires the photo be taken at the "Garden in the Woods" botanical garden located in the Nobscot area of town.

The Friends of Saxonville and a local realtor are sponsoring a contest for photos taken within the greater Saxonville area. The contest is open to amatuer photographers of all ages and First Prize is $100, Second Prize is END_OF_DOCUMENT_TOKEN_TO_BE_REPLACED

Comments Off on Framingham Photo Contests 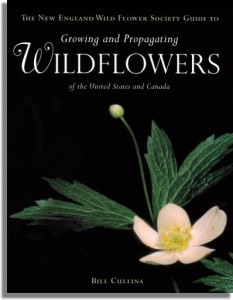 N.E.W.F.S. Photo Contest - Prize for adult winners will include signed copy of the book ''Wildflowers'' by William Cullina

FRAMINGHAM, MA - Do you enjoy taking photos of plants and flowers in their natural habitat?

The New England Wildflower Society, ("NEWFS"), which operates the "Garden in the Woods" on Hemenway Road is sponsoring a photo contest!

The photograph may be from any season, but the photo must have been shot between April 15, 2011 and October 31, 2011, (October 31st is the deadline for submissions).

Prizes will be awarded for photos in several categories including: