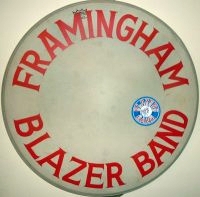 FRAMINGHAM, MA - Under the direction of Mr. Brian Cervone, band director at Framingham High School -- and in association with the Performing Arts Center of Metrowest, The Blazers Band is being revived as the Framingham Blazers Summer Band.

Participation is open to musicians in grades 8-12 as well as adults. Those who play wind instruments, percussion, and string instruments are encouraged to sign up.

Rehearsals will be at PAC, on Wednesdays, Thursdays, and occasional Tuesdays, starting June 22nd, 2011. There's still time to register, and it's free!

History of the Blazers Band

Founded in 1960 in conjunction with the Framingham Parks & Recreation Department, The Blazers Band was Framingham's hometown band throughout the 1960's, 70's and 80's . 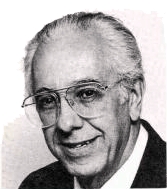 The Blazers Band was a family oriented organization -- a group of Framingham ladies sewed the red and white striped blazers that band members wore, and decades of Framingham families supported the band and participated in band activities.

The organization grew to include the marching band, a color guard, jazz band, a stage band that performed "Big Band" style,  and of course -- The Blazeretts, a troupe of baton twirlers in matching red and white striped costumes who marched and twirled ahead of the marching band in parades and twirled at other public performances.

The Blazers and Blazerettes drilled and practiced outdoors at Bowditch Field and performed all over town -- in parades, at sporting events, at store's "Grand Openings" and in special performances for Christmas, Easter and other holidays and events at Shoppers World -- and many other local venues. 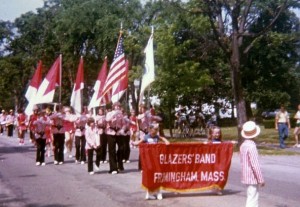 Within a few years the band developed into a well oiled machine, and would travel to play at out-of-town events. In the 1960's they traveled to the Seattle World's Fair, the New York World's Fair, and to Expo '67, the Montreal World's Fair and at the newly constructed Walt Disney World, Florida in the early 1970's.

During the early years the band practiced in a Concord St. storefront in Downtown Framingham and would run Bingo games in the store at night to raise funds to pay for instruments and travel expenses.

In 1985,  The Blazers celebrated their 25th year and held a special Silver Anniversary concert.  At some point in the 1990's, the Blazers disbanded, (pun intended) ...although nobody seems to know exactly which was their last year.

In 1996, members of The Blazers performed onstage during the first Concerts on the Green series at Framingham Centre Common.

While the new Framingham Blazers Summer Band may never replace what was started over 50 years ago, it will at least support Mr. Bordeleau's original vision of giving Framingham's band kids a place to practice and play their instruments when the school year ends.