FRAMINGHAM, MA - On Saturday, September 3rd, (2011), I was shooting photos of the Classic Car Cruise-in at CJ's Northside Grill, and decided to take some photos of a few other things near Nobscot's Water Street / Edgell Road / Edmands Road intersection.

After shooting photos of the boarded up gas station, the old meeting hall, the vacant Jiffy Lube building, I was driving through the Nobscot Shopping Center parking lot, and decided to get out of the car and shoot a few photos of the shopping center.

The last few I took were of the big sign in the middle of the parking lot.  I even went as far as lining up the shots to block out the light poles and other obstructions and get "just the sign". 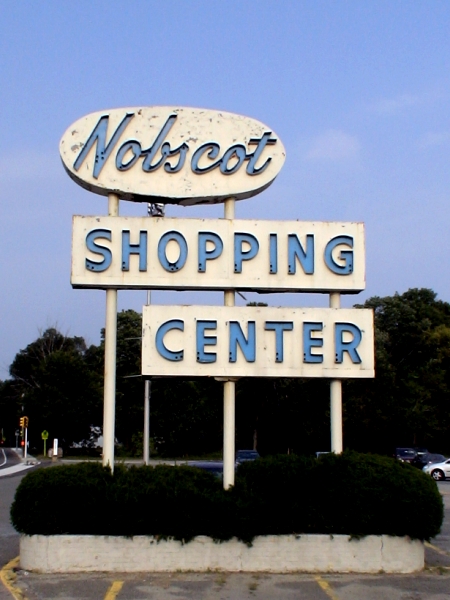 This photo, shot on September 3, 2011 may be the last photo ever taken of the landmark Nobscot Shopping Center sign in Framingham, MA.

They may be the last photos anyone ever took of that sign.

This afternoon at 4:00p.m., (Friday, September 9th, 2011), after I dropped my daughter off at work, I was headed back down Water Street and noticed "something missing" -- the sign was gone. All that remains is the white concrete base and the shrubbery planted in it -- and even that had been hacked up. 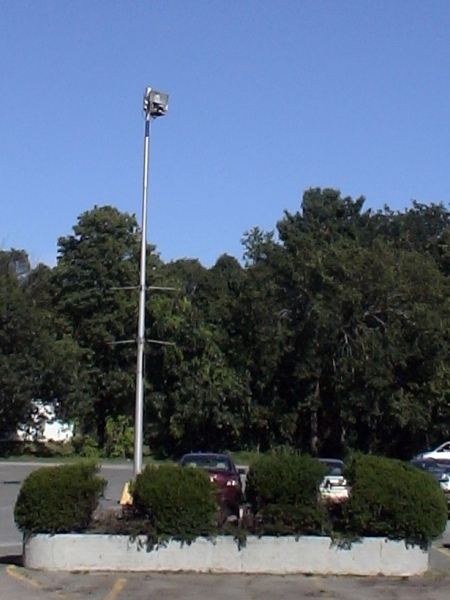 At 4:00pm, on Friday, September 9, 2011 all that remained of the former Nobscot Shopping Center sign was the concrete base.

Strange, that amid all the controversy about the run-down strip mall in the past week that the owners would decide to remove a sign which has stood as a landmark in Nobscot for more than half a century.

I've left a voice mail message for Mark Klaman of Centercorp Retail Properties, (his company owns the shopping center), and also left a message for Framingham Selectman Dennis Giombetti -- but it was late, and a Friday, so I have not heard back from either of them (yet)...

Updates to this "mystery" will be posted in the comment section below.