The Federal Government of the United States of America consist of three branches or divisions. By vesting powers in each of the three branches, a series of checks and balances occur -- whereby no one branch of the government can have total power. The three branches are; the Executive Branch, the Legislative Branch and the Judicial Branch. In addition to these powers of these branches, by acts of Congress, several Independent Agencies and Government Corporations have been formed to manage and oversee certain necessary ongoing government functions. 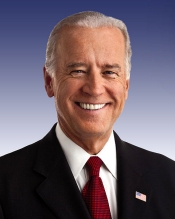 There is a contact form on the Whitehouse Website at: www.whitehouse.gov/contact. You can also call or write to the President at:

The United States Congress primary function is to make laws. Congress is comprised of two legislative bodies, the Senate, and the House of Representatives. The two bodies were established to be sure that the states and the people were equally represented. Each state elects exactly two Senators, but the total number of State Representatives in the House is determined by each state's population, (based on US Census figures and state determined Congressional districts).

Citizens of the State of Massachusetts are represented in the Federal Government by (2) U.S. Senators and (10) Congressmen. The citizens of Framingham, MA elect, and are represented by a Congressman for the 7th Congressional District [of Massachusetts]. The 7th district includes the cities and towns of Arlington, Belmont, Everett, Framingham, Lexington, Lincoln, Malden, Medford, Melrose, Natick, Revere, Stoneham, Waltham, Watertown, Wayland, Weston, Winchester, Winthrop and Woburn, MA.