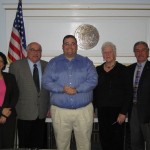 FRAMINGHAM, MA – In an updated agenda that was published late Friday afternoon, the Framingham Board of Selectman, (BOS), have decided to meet earlier than usual for a closed-door executive session on Tuesday November 8th, 2011. In the agenda the selectmen have announced they will meet at 5:30pm, (in the Nevins Conference Room of the Memorial Building),… [read more]. 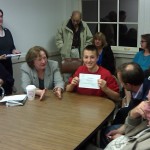 FRAMINGHAM, MA – Some might think a Board of Health meeting would not draw much of a crowd, but the Tuesday October 25th, 2011 meeting of the Framingham Board of Health overflowed into the hallway outside the 2nd Floor Conference Room of Town Hall, (the Memorial Building). Among other issues before the board, an application for a… [read more].

FRAMINGHAM, MA – Following the results of the 2010 Census, the State of Massachusetts is losing one congressional district. District lines need to be redrawn to reduce the total from ten districts to nine. The current legislators representing Framingham; State Sen. Karen Spilka, (D-Ashland), a Member of the Special Joint Committee on Redistricting, along with State Reps…. [read more].


FRAMINGHAM, MA – The Framingham Planning Board will hold a public hearing on Thursday, March 17, 2011 at 9:15 p.m. in the Blumer Community Room of the Memorial Building, 150 Concord Street, Framingham, Massachusetts to consider the application of Framingham CFII, LP and The Congress Group Inc. for a Special Permit for Land Disturbance. The permit is… [read more]. 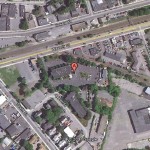 
FRAMINGHAM, MA – Due to storm conditions the Selectman’s Meeting and School Committee meeting scheduled for tonight, (2/1/2011), have been canceled. ~~~~~~~~~~~~ The Main Library Book Club meeting that was scheduled for this evening (2/1/11) has been cancelled and re-scheduled for Thursday, February 3rd at 7 p.m. in the Costin room. The book being discussed is “Cutting… [read more]. 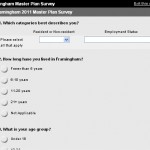 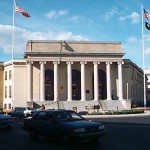 FRAMINGHAM, MA – The Framingham Town Manager’s Office has announced that all public meetings normally scheduled at the Memorial Building, (Town Hall), will be held at the Callahan Senior Center for a period estimated to last up to six weeks beginning June 21, 2010. The Callahan Senior Center is located at 535 Union Avenue, Framingham, MA, (approximately… [read more].


FRAMINGHAM, MA – On Thursday April 29th, 2010 the Framingham Medical Reserve Corps is hosting a presentation on caring for your pets in emergencies. Director of Animal Control, Katherine MacKenzie, will be speaking about ways to prepare for and care for pets when emergencies such as… [read more].