FRAMINGHAM, MA - Motorists are advised that there may be construction work being performed during daytime hours on the following roads in Framingham during the week of April 11th through 17th, 2021.

FRAMINGHAM, MA - The Framingham Public Library has announced it's buildings will reopen to the public April 5, 2021 for "limited browsing and computer use".

Curbside pickups and returns will continue and the majority of public activities and events usually held at the library will continue to be held online (mostly via ZOOM). 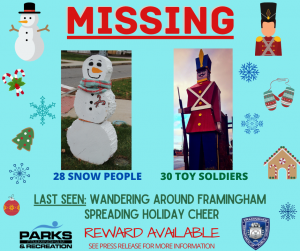 Pieces of the scavenger hunt map will be END_OF_DOCUMENT_TOKEN_TO_BE_REPLACED 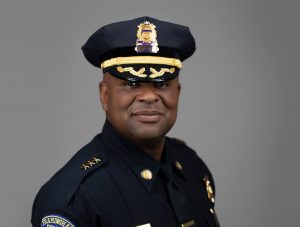 Framingham, MA - Mayor Yvonne M. Spicer is pleased to announce that she has appointed Lester Baker, a veteran member of the Framingham Police Department, as the Department's eighth Police Chief.

Before being named Police Chief, Baker served as the Deputy Chief in charge of operations since 2018. He was a Lieutenant 2014-2018, Sergeant 2008-2014, and Patrolman 2003-2008. Baker transferred from the Lexington, MA Police Department as END_OF_DOCUMENT_TOKEN_TO_BE_REPLACED 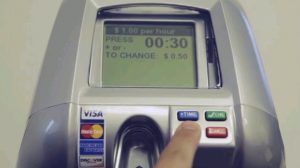 The new meters replace the old coin-operated ones that were removed for the recently completed downtown sidewalk renovations.

The new meters are smart meters and take both credit cards and coins.

According to information on the manufacturer's website, (IPS Group), the new M5™ Single Space Meters have advanced capabilities to handle Pay-by-Phone, Token, Permit, optional NFC/contactless payment, as well as software integration for real-time data, Parking Enforcement, Advanced Data Analysis and more. The units can be solar powered and managed via wireless network configuration.