FRAMINGHAM, MA — U.S. House of Representatives Assistant Speaker Katherine Clark announced the Massachusetts 5th Congressional District is hosting the district-wide 2021 Congressional App Challenge (CAC) for middle school and high school students. The CAC is designed to encourage students to learn to code and to inspire them to pursue careers in computer science. Since the Challenge’s… [read more].

Get Involved in Framingham Government! 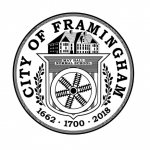 FRAMINGHAM, MA — Opportunities are available for Framingham residents to get involved with municipal government. Seats are available on several Boards, Commissions, and Committees. Help set the direction Framingham takes on determining needed changes to bylaws, ordinances and other legislation to meet municial goals and objectives By serving, residents provide community insight to the executive and legislative… [read more].

FRAMINGHAM, MA — Massachusetts Governor Charlie Baker has proclaimed July 11 – 17, 2021, to be Hurricane Preparedness Week to emphasize both the Commonwealth’s vulnerability to tropical storms and hurricanes and the importance of preparing for their impacts. “As we saw during our recent experience with Tropical Storm Elsa, planning and preparing in advance for a tropical… [read more].

FRAMINGHAM, MA — By penning an open letter and distributing it to various news outlets, Framingham’s District 8 City Councilor John Stefanini, who ran a losing campaign to become Framingham’s first Mayor, takes aim at his former rival Mayor Yvonne Spicer in what appears to be an early salvo in the upcoming battle for next Mayor of… [read more].

(The following article is the opinion of John Stefanini,  Framingham District 8 City Councilor and resident). Our neighborhoods need a voice! Our neighbors and neighborhoods, places of worship and activities, small businesses and schools, connect us together like a jigsaw puzzle. Our respect for our human differences is our foundation, but it is the activities, associations and… [read more]. 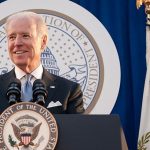 FRAMINGHAM, MA – Senate President Stan Rosenberg today announced his leadership team and Committee chairmanship assignments. Senator Karen Spilka (D-Ashland) has been named the new Chair of the Senate Committee on Ways and Means, which oversees the budget and finances of the Commonwealth. “I would first like to thank Senate President Stan Rosenberg for this honor,” said… [read more].