FRAMINGHAM, MA and PHILADELPHIA, PA – The United States Mint has begun taking orders for a 2021 Silver Dollar to commemorate Christa McAuliffe, who grew up in the and went on the become the First Teacher in Space and was tragically killed in the 1986 NASA Challenger Space Shuttle explosion. Christa McAuliffe, who was born Sharon Christa… [read more].

FRAMINGHAM, MA – A collaboration with Friends of Saxonville and the Framingham Cultural Council, will fund the creation of two murals on the Sudbury River Floodgates between 1545 and 1555 Concord Street in Framingham. The theme for these murals is an artistic interpretation of the Sudbury River’s importance to Saxonville’s founding and emergence as an industrial mill… [read more].


FRAMINGHAM, MA – Now in its fifth year, Mass Audubon’s annual photography contest, Picture This: Your Great Outdoors, has evolved into a “must” for hundreds of photographers eager to express a love of nature through their images. And with more than 2,000 photos submitted since the contest began April 1, judging so many top-quality entries was especially… [read more]. 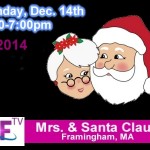 Saxonville, MA – The Athenaeum is getting a little help from its “Friends.” The Friends of Saxonville hosts Nutcracker Sweet, a ballet performance to benefit the Athenaeum in Saxonville, presented by Mass Ballet. The production will be a ballet in the round performed by students of Mass Ballet on Saturday, December 6th, 2014 at 5:00pm. Although the… [read more].

Framingham, MA – At Access Framingham’s Annual Meeting on Monday evening, (September 22, 2014), attendees heard about the successes of the past year, including a record number of new local productions spotlighting the community, challenges to come for Framingham public access television station and training center, and a very exciting bit of news. President Bill Rabkin announced… [read more]. 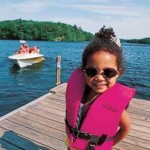 FRAMINGHAM, MA – Between the towns of Framingham, Wayland and Natick, MA, Lake Cochituate offer many recreational summer activities including swimming, boating and fishing. Many locals may not realize that just a few hundred yards east of the Framingham/Natick town line, (on Rt. 30), the beach, picnic area, boat launch, snack bar and canoe rental shop are… [read more].

2014 Framingham Concerts on the Green Schedule

Learn About Your Community Media Center


Framingham, MA – Access Framingham, the nonprofit public access corporation for the Town of Framingham, is holding an Orientation Session on Thursday, June 5, 2014 at 7:00pm. Access Framingham is a membership based organization which provides training with video recording and editing equipment as well as access to our cable television channel to show locally recorded programming…. [read more].