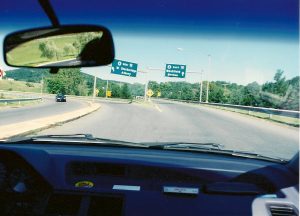 Along with the rest of the MassPike, (and many other highways), the exit numbers are being changed to a uniform numbering system based on mile markers. END_OF_DOCUMENT_TOKEN_TO_BE_REPLACED 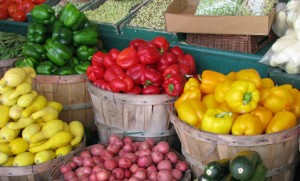 FRAMINGHAM, MA - Pick up some fresh fruit, veggies and other farm fresh local produce on the Pike!

Starting this weekend commuters traveling the MassPike, (I-90), will be able to purchase farm fresh fruits, vegetables and other products grown or made locally in Massachusetts at the Framingham MassPike Service Plaza from 10:00AM to 4:00PM.

Items for sale may included anything from farm fresh strawberries to baked goods, cheeses, jams and jellies, maple syrup, honey, eggs, flowers and more.  (The vendors are permitted to sell anything that does not compete with items sold in the service plaza restaurants and store).

Aside from the Framingham location, travelers will END_OF_DOCUMENT_TOKEN_TO_BE_REPLACED 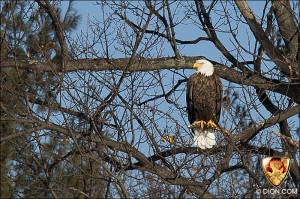 One of a pair of American Bald Eagles photographed on the banks of the Sudbury River in Framingham on January 31, 2011. (Photo courtesy of Wayne Dion, www.dion.com)

Unfortunately, he didn't have enough time to photograph the bird that day.

The following morning, (Monday, 1/31/2010), at 8:00am, Dion was on his way out to an appointment, but took time to look for the eagle.  To his surprise, he spotted not just one, but a pair! He briefly photographed them, then went to his appointment.

While the early bird may get the worm, it's the early photographer that gets the bird!

When he returned about an hour later he spotted the END_OF_DOCUMENT_TOKEN_TO_BE_REPLACED

Comments Off on Eagles Feeding at Sudbury River