FRAMINGHAM, MA - The Water Department will begin conducting its Spring 2021 Water Main Flushing Program on Monday, May 3, through Friday, June 18, 2021.

Water Main flushing will occur from 8:00 a.m. to 3:00 p.m., in residential areas and 10:00 p.m. to 5:00 a.m., in business areas. The purpose of the program is to improve drinking water quality for residents and businesses in Framingham. 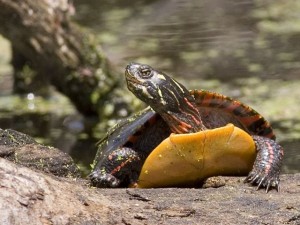 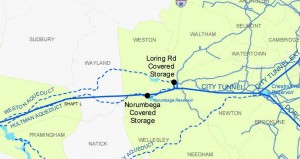 MWRA supply tunnels, connectors and aqueducts in and near Weston, MA

The break is located where the MetroWest Water Supply Tunnel meets the City Tunnel on Recreation Road in Weston.

The leak has caused 8 million gallons of water per hour to leak from the water supply into the Charles River.

Framingham residents are not affected by this break, and no "boil water" advisory for the town has been issued.

Due to infiltration of the water supply, residents of the following towns and MWRA designated areas east of Weston are advised to END_OF_DOCUMENT_TOKEN_TO_BE_REPLACED

Comments Off on MWRA Tunnel Leaking 8 Million Gallons Per Hour

Presentation by DPW at Heritage

FRAMINGHAM, MA - Nobscot Neighbors and Espresso Paulo are pleased to bring you a presentation by The Framingham Department of Public Works “Everything you ever wanted to know about Water, Sewer and Roadway projects coming to Nobscot..”  Monday night March 1, 2010, from 7 ­ 9 PM, in The Peloquin Room at The Heritage, Nobscot.

We are delighted to have this opportunity to hear from DPW on the major projects about to begin in the Nobscot area of Framingham. The scope of work in Nobscot that we will hear about exceeds that which is typical of a routine project year. This is also true for other areas of Town.

While DPW might touch on some of these other endeavors, the primary focus of this meeting will be the projects in Nobscot.

We expect this to be another exciting Nobscot Neighbors event - Everyone is welcome!

Comments Off on Presentation by DPW at Heritage

FRAMINGHAM, MA -- If you'd like to hear an in-depth discussion about Framingham's $43M Birch Road Well Project to reduce the town's dependence on MWRA water by 50%, tune in to hear the experts discuss the overall project on public access t.v. on:

The well site has been referred to as the "highest yielding" aquifer in eastern Massachusetts and after years of discussing the potential of the well the town started to seriously consider the project in 2003, with aquifer testing beginning in spring 2006.

In May, Town Meeting approved a $40.3 million water treatment facility project that would tap into the Birch Road Wells. The site is located in Saxonville adjacent to the PUD site (formerly NE Sand and Gravel) just off of Old Conn Path near the Wayland line. The aquifer tapped by the wells and treated by the facility could supply more than 4 million gallons daily, nearly half of the town's water supply. This has the potential to save the town tens of millions of dollars in years to come.

The town has to pay a fee to the MWRA annually and the rates keep escalating. In 2008 MWRA water cost Framingham $6.3 million. Projected 2014 costs for the town are estimated to be $9.3 million.

In 2013, the Birch Road Wells water could potentially cost about 40 percent less than MWRA water. In addition to the savings on MWRA water, Framingham can benefit from some federal stimulus funding, which could amount to 14 percent of the project's cost, or about $5.6 million.

There are some concerns, including magnesium levels and the impact of a plume of PCE from a spill decades ago during experiments on the property to develop a quick means of patching damaged air fields.