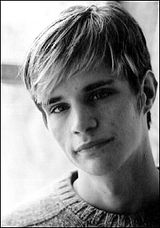 FRAMINGHAM, MA - After months of planning, casting, rehearsing and finally performing the play -- "The Laramie Project" closed after its second sellout night at Framingham High School.

I didn't see the play. I'll admit to never going to a play unless my kid was in it. What I did see and hear were an incredible amount of civil rights "in action" and discussed and debated in the schools and on the streets of Framingham.

The photo of Matthew Shepard on this page is so nobody forgets that the The Laramie Project is about a murder. A 21 year old kid was killed by two cowards.  The murderers attempted to use the fact that Matthew Shepard was gay as an excuse for how their planned robbery went very wrong.

Later they would say Matthew grabbed one of them sexually -- but even their own testimony, (and testimony of others), is clear --- the killers pretended to be gay in the bar to lure someone into their truck to rob them.

They drove him out to a desolate area.  They robbed him.  They tied him up and one beat him while the other stood there laughing.  They pistol whipped him with a big Old-West style 10" barreled Smith & Wesson revolver till he was covered in blood and pleading for his life.  He was drunk, beaten and tied to a fence post.

Hoping they could just drive off and that Matthew wouldn't be able to identify them, the killer asked, "Can you read my license plate?". When Matthew read off the numbers, the killer delivered three skull crushing blows with the butt of the revolver. It took 18 hours before anyone found Matthew and cut him down from the fence -- not yet dead, but brain damaged and in a coma. He died a few days later. 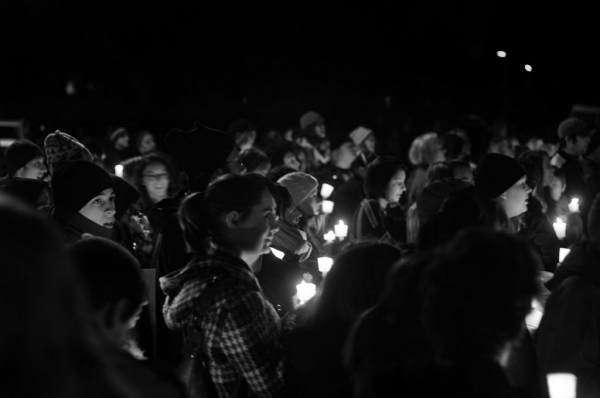 A candlelight vigil was held before the final performance of The Laramie Project at Framingham High School, on December 4, 2010. (Photo by Evan Higgins)

Comments Off on Laramie Project Closes After Sellout Weekend