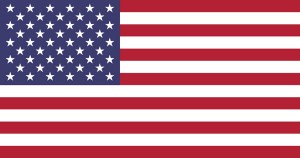 "Old Glory", the flag of the United States of America.

FRAMINGHAM, MA - In June of 1886, Bernard J. Cigrand, a teacher in Waubeka, Wisconsin, who also was a frequent writer on subjects of U.S. History, patriotism and the American flag proposed the idea of a holiday to celebrate the Flag's Birthday.

The article appeared in a newspaper article titled "The Fourteenth of June".

Although the original intention of Flag Day was to celebrate the adoption of the American flag, (on June 14, 1777), it has become much more of a patriotic holiday, one on which we not only celebrate national pride for the flag, but a day when we remember those who have fought and sometimes died in order to protect what our flag stands for.

This year Framingham will celebrate Flag Day with a silent walk through Cushing Memorial Park, flag planting and a cookout.

History of Flag Day in Framingham 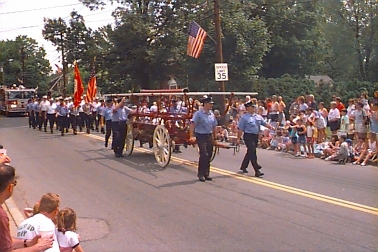 Brief History of the U.S. Flag 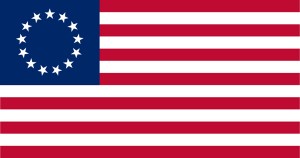 On June 14, 1777, a flag with 13 stars and 13 stripes designed and sewn by Betsy Ross was adopted as official flag of the United States of America.

"Resolved that the flag of the thirteen United States be Thirteen stripes alternate red and white: that the union be thirteen stars, white in a blue field, representing a new constellation.", (from Journal of the Continental Congress, 1774-1789 Vol. Vlll).

In the 1890's at first several towns, then several states adopted Bernard Cigrand's idea for a holiday to celebrate "The Flag's Birthday". Over the next decade dozens of states adopted the holiday, and in May of 1916 President Woodrow Wilson proclaimed June 14th to be a nationally recognized day of observance of the American flag. Below is an excerpt from Wilson's first Flag Day address, on June 14, 1916 --

"…As I see the winds lovingly unfold the beautiful lines of our great flag, I shall seem to see a hand pointing the way of duty, no matter how hard, no matter how long, which we shall tread while we vindicate the glory and honor of the United States."

Nearing the final days of World War II, on May 28, 1945, President Harry S. Truman officially proclaimed June 14th as Flag Day.  Below is the open lines of the proclamation --

"It is our custom each year to set aside a day on which to render special honor to our Flag. We celebrate Flag Day this year with a fresh sense of our strength as a nation. Solemnly, we accept the responsibilities placed upon us by our power. We honor the men and women in the armed services and in the factories and homes who, with God's help, have given us our victories. We face the battle ahead with solemn gratitude for the triumphs of the past...."

en.wikipedia.org - Flag of the United States info at WikiPedia

Comments Off on Flag Day in Framingham