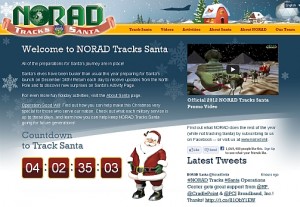 FRAMINGHAM, MA - Months become weeks, weeks become days, and as December 25th approaches, children's questions like; "How long until Christmas?", and "Are you sure Santa knows where our house is?", come with increasing frequency.

Thanks to NORAD, (the North American Aerospace Defense Command), kids of all ages can track Santa's travels on Christmas Eve with radar accuracy -- and spend time on the NORAD Santa Tracker Website playing games and enjoying other activities while they wait for the jolliest elf to arrive. 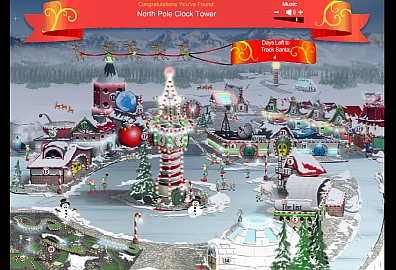 In the "Activities" section of the website is a Countdown Calendar.  Starting on December 1st, each day of the month brings a new activity.

Kids can click on the numbers on the Countdown Calendar to access new, free online Christmas themed games.

Games include classics like Word-Find, and Tetris-like games that require hand-eye coordination.  Most games have several levels from "EASY" to "VERY HARD" so even the youngest kids can play.

History of the NORAD Santa Tracker: 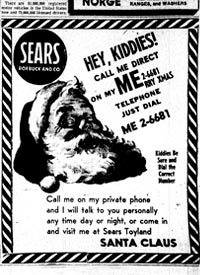 In 1955, a U.S. Air Force agency called "CONAD", (the Continental Air Command), had it's phone number, (ME2-6681), mistakenly published in Christmas ad for the Sears Roebuck store in Colorado Springs, CO.

The ad encouraged kids to call the number to talk to Santa.

In the spirit of Christmas, CONAD Operations Director, Col. Harry Shoup had staff give children updates on Santa's location.

Three years later, the United States and Canada formed NORAD, and the agency decided to follow Col. Shoup's lead, and made the "Santa Hotline" a favorite annual event for the agency.

From 1955 to 1996, the "Santa Tracker" was a call-in telephone hotline and newspapers, radio and television programs promoted it to children across the country.

In 1997, Santa went high-tech, and the agency created the NORAD Santa Tracker website -- which has been updated over the past 15 years to include "live satellite tracking" and fun, interactive activities for kids.

Comments Off on NORAD Ready to Track Santa's Arrival in Framingham