FRAMINGHAM, MA - April 15th has more meaning than "tax day" when it falls on the third Monday in the month of April. "That Monday" has been marked on calendar since 1897 as the day of the running on Boston Marathon.

Thanks to Framingham photographer Wayne Dion, who worked from an aerial position, we've got a birds-eye view of the marathon as runners make their way through Downtown Framingham --- 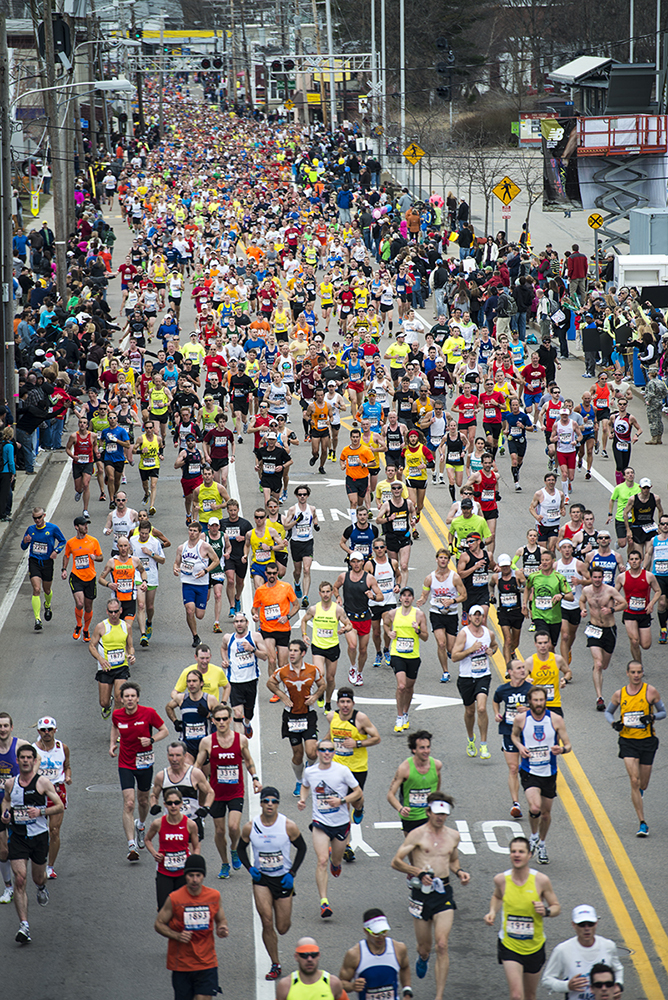 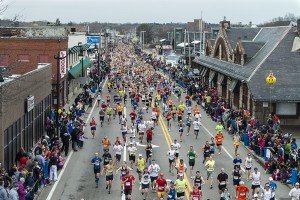 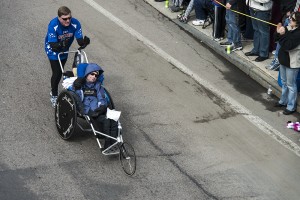 Dick & Rick Hoyt as they pass through Downtown Framingham during the 2013 Boston Marathon.  (photo courtesy of Wayne Dion, www.dion.com)

Again, thanks to Dion & Associates, (www.dion.com)  for these great photos!

(NOTE:  Sadly, after these photos were taken, bombs exploded near the Boston finish line of the marathon killing and injuring spectators).

Comments Off on 2013 Boston Marathon Photos