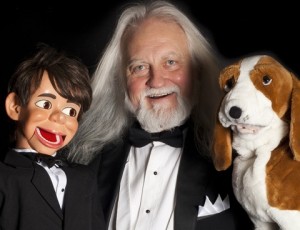 FRAMINGHAM, MA - One of the Boston area's top ventriloquists, Kevin Driscoll, returns to his hometown, (Framingham), to headline a night of fun, comedy, music and laughs at the Amazing Comedy MIQUE Show at Amazing Things Arts Center in Downtown Framingham, Wednesday, October 2nd, 2013 at 7:30pm.

An accomplished musician, (and Berklee College of Music alum), nights and weekends, Kevin can often be found playing jazz or performing comedy around New England.

Blending his musical and comedic talents with ventriloquism -- at times during his performance Kevin may be playing  the piano with one hand, "helping" a puppet with the other, playing the bass drum and cymbals with his feet, all while and delivering the straight lines in his own voice and "taking it" as the puppets deliver the zingers and punchlines.

For the October 2nd Amazing Comedy MIQUE show, Driscoll plans to do 30 minutes featuring some new characters and showcasing his musical skills.  He'll be accompanied in some musical bits by jazz legend Ted Knowlton.