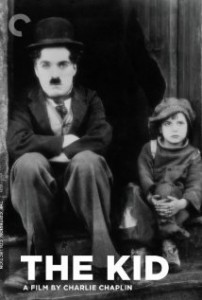 FRAMINGHAM, MA - In the USA in 1920's, on any given Friday night there's a good chance you would have gone out to see a silent movie.

But, the theater would be anything but silent. A pianist played "mood music" along with the films.

On Friday, November 8th, 2013, slip into the past at the Framingham Main Library.

The library's Friday Night Film will be a Silent Movie Show featuring Richard Hughes, Silent Movies Pianist who will set the mood as black & white films flicker on the screen.

Hughes, who began classical piano training at age 7, spent over a decade researching and scoring "mood music" pieces to recreate the original period sound of the 1920's "silent movie" houses.

He writes on his website, "Every time I screen another old silent film and prepare a musical score for it, I feel like a geologist who has just discovered a rare find hidden deep in ancient layers of rock. Many of these films are gems and my mission is to reacquaint, introduce, educate, and entertain audiences of all ages to the silent movie industry of our not-so-distant past." 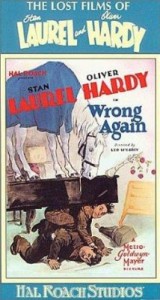 He now performs shows at schools and for general entertainment.

The evening's feature film is Charlie Chaplin's "The Kid" (1921) 68 mins. -- a potent combination of comedy and emotion as Chaplin in his famous persona as "The Tramp" unwillingly adopts an abandoned baby.  The film, which was written and directed by Chaplin also stars Edna Purviance and Jackie Coogan.

Also on the night's bill is the comedy short, "Wrong Again" (1929) 20 mins., staring Stan Laurel & Oliver Hardy. In classic style, the comedy team overhears conversation about a $5000 reward for "Blue Boy", (a painting),  but mistakenly think "Blue Boy" is a thoroughbred racehorse which they take and try to return to claim the reward.

There is no charge for admission. Refreshments will be available.

Please enter the library on the Pearl Street side between 6:30-7:15pm.