Framingham, MA - Access Framingham, the nonprofit public access corporation for the Town of Framingham, is holding an Orientation Session on Thursday, April 3, 2014 at 7:00pm.

Access Framingham is a membership based organization which provides training with video recording and editing equipment as well as access to our cable television channel to show locally recorded programming. Learn to be a citizen journalist, help document the many interesting events in Framingham, or volunteer your talents to help others with their productions. AF-TV’s local production studio is located in the back of the Fuller Middle School, at 31 Flagg Drive.

Membership is open to anyone who lives, works or goes to school in Framingham, or who is affiliated with a Framingham-based organization. All are welcome at this upcoming Orientation session. Please call to register at 508-875-5434.

AF-TV can be seen in the Town of Framingham on Comcast Channel 9, RCN Channel 3, and Verizon Channel 43. For more information about Access Framingham programming, training, and services, you can also visit us online at www.accessfram.tv.

Comments Off on Learn About Framingham's Community Media Center

AF-TV is the public access television station in Framingham, MA.

Campers will work together to develop and produce an original program. Every child will have a hands-on experience with studio cameras, microphones, control room switcher, graphics and audio.

Students interested in video production, editing, and writing are strongly encouraged to participate. The final project will be played END_OF_DOCUMENT_TOKEN_TO_BE_REPLACED

Comments Off on Registration Open for Video Production Summer Camp

FRAMINGHAM, MA - Interested in video production? This month, (March 2012), Access Framingham will be offering two classes, one in Film-making and another on using Final Cut Pro editing software.

Film-making will be led by Access Framingham Operations Manager Melanie Hardy, who will draw on her experience in both film and single-camera video production to teach the best techniques in fictional storytelling and making entertaining and intriguing movies.

The Film-making Class will be held on three consecutive Thursday evenings: March 8th, 15th and 22nd, from 7:00pm to 9:00pm. Seats are still available!

Final Cut Pro. This popular class on how to use Apple's software package to produce and edit great video. AF-TV will be holding a special afternoon workshop END_OF_DOCUMENT_TOKEN_TO_BE_REPLACED

"We have offered evening workshops for several years, and some folks have requested daytime availability," said Francesca Cerutti-Harris, AF-TV’s Assistant Director for END_OF_DOCUMENT_TOKEN_TO_BE_REPLACED 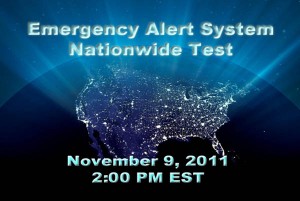 In the past, you may have been watching t.v. or listening to the radio and heard an announcer break in and say, "This is a test of the Emergency Broadcast System.  Had this been an actual emergency you would have END_OF_DOCUMENT_TOKEN_TO_BE_REPLACED