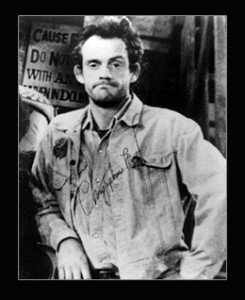 Meet Christopher Lloyd who played ''Doc Brown'' in the ''Back To The Future'' movie trilogy, and also starred as the lovable ''Reverend Jim'' on the hit t.v. series TAXI. Lloyd began his film career as an unnamed character in the movie ''Airport'' in 1970.

FRAMINGHAM, MA - What do Reverend Jim from Taxi, Peter Tork from The Monkees, a Gigantic Animated Talking Robot, Playboy Playmate Cathy St. George, Chewbacca from Star Wars and Gary Sohmers of The Antiques Roadshow all have in common?

Answer: They will all be at Super MegaFest, (and the Come Together Fest concert), the weekend of Saturday & Sunday, November 20th and 21st,  2010 when pop culture lovers and the popular icons they love will converge on Framingham's  Sheraton Hotel & Conference Center for New England's largest multi-media fan festival.

...and that's just a partial lineup of the fun packed weekend that's planned!

While it takes a whole website just to list who and what will be there, here's a few more stars you may see, meet or get autographs from; Norman Reedus, (Murphy MacManus in The Boondock Saints), Gary Lewis (of Gary Lewis & The Playboys), Marina Sirtis, (of Star Trek Next Generation), Rae Dawn Chong, (Color Purple and other movies), 60's rocker Rick Derringer, film and sports star Fred "The Hammer" Williamson, Frank Avruch, (local tv celeb who really was Bozo the Clown), and many, many others! 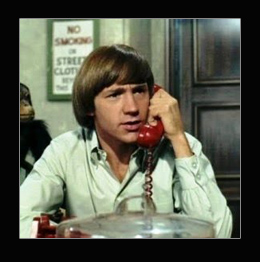 Peter Tork of the Monkees will perform with his band: ''Shoe Suede Blues'' as one of the acts at the "COME TOGETHER FEST" concert in Framingham, November 21, 2010

Along with the fun, a lot of charitable fund-raising will be done including promotions for the American Cancer Society, for Toys-For-Tots, for St. Jude Children's Research Hospital and for the Michael J. Fox Foundation for Parkinson’s Research.

General Admission to Super MegaFest is only $20 for Adults, and kids under 12 are $6.

The hotel will be jammed with things to see and do and a full schedule of events running throughout the weekend; Trivia Challenges, a Costume Contest and other events will provide fun and entertainment -- there's even something for those hopelessly romantic, self-avowed sci-fi geeks looking to meet someone who "R2"-- Star Wars Speed Dating! 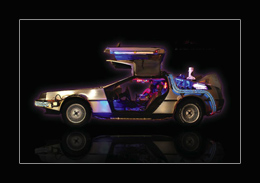 In addition to all the celebrities, several vehicles including the "General Lee" from Dukes of Hazard, a BatCycle, a Giant Talking Alien Robot, and more will be on display along with a Back To The Future DeLorean.  Terry and Oliver Holler built their DeLorean into a ''Back To The Future'' replica and travel the country for 'ToTheFuture.org' -- come and see it yourself, take a few pictures and make a worthwhile donation --- 100% of the money collected will benefit the Michael J. Fox Foundation for Parkinson’s Research.

A huge dealer area with over 100 tables displaying everything from vintage and new comic books, movie posters, vintage rock & roll and classic t.v. items and all kinds of collectibles, toys, and other pop culture memorabilia will be shown by some of the top dealers on the east coast. 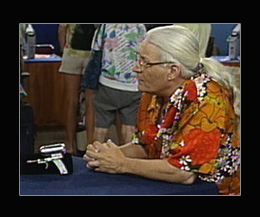 Gary Sohmers, who runs Wex-Rex Collectibles in Framingham and is maybe better known for his appearances on The Antiques Roadshow will be at Super MegaFest raising money for the American Cancer Society.  For a donation, Gary will be giving "roadshow style" appraisals -- so bring down that old knick-knack you found in the attic, and maybe Gary will tell you something you didn't know about it and give you an idea of what its worth.

For a complete details, a full list of the weekend events, rates and ticket ordering info visit the Super MegaFest Website at www.supermegafest.com or contact Ken Laurence at (201) 338- 4810.

Comments Off on Pop Culture Super MegaFest in Framingham