FRAMINGHAM, MA - The Infractions packed the house in a July 1st, 2011 performance at the Framingham "Concerts on the Green".

Due to rain last week, this was the first night a band played this year in the free summer concert series that's been running on the Framingham Centre Common every year since 1996.

The Infractions "Play That Funky Music"

This was also the first time a new stage, built by students from Keefe Tech was used.

Aside from the music, the crowd was also treated to a mini art show by the Framingham Artists Guild with artists Tobi Hoffman and Charles Holt, (Vice President of the Guild),  who were displaying their work and promoting the organization.

Mark Curtis owner of the Eagles All American Grill was on hand flipping burgers and serving hot dogs, sausage sandwiches, clam chowdah, cold drinks and snacks from the concession stand.

Vendor tables and information booths were setup on the Edgell Road side of the common including the perennial favorite "Concert Cookies" -- a table full of fresh baked treats from the Plymouth Church. Members of the Framingham Town Democratic Committee manned their booth as did other civic groups and a few commercial sponsors.

FPAC-TV was also on hand recording the entire concert from their mobile studio truck.  For those who missed the live show, you'll want to catch The Infractions on your public access channel when it's aired -- if the music is even half as good on t.v., you won't be disappointed!

The Infractions at Framingham Concert on the Green, (July 1, 2011)

Click on first photo below to see a slideshow of enlarged images! 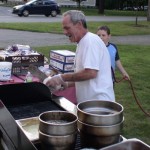 Mark Curtis of Eagles All American Grill — he just flipped me a burger! 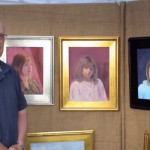 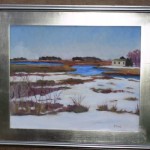 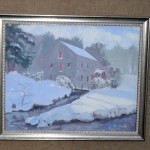 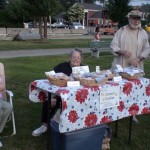 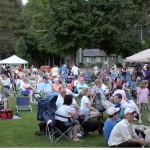 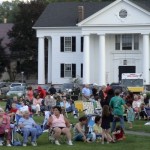 Crowd in front of Village Hall at Concert on the Green, July 1, 2011 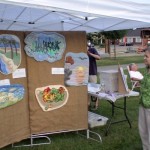 Tobi Hoffman and her Fiber Art 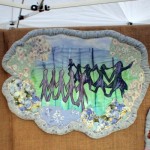 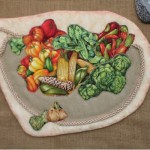 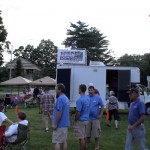 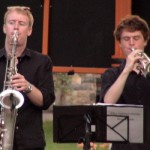 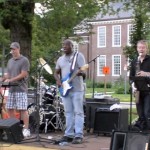 The Infractions at Framingham Concert on the Green, (July 1, 2011)

Comments Off on The Infractions Funky Music Fills the Common