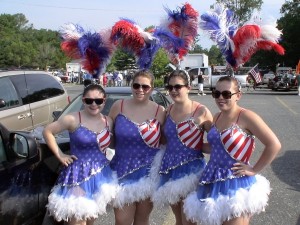 Dancers from the Nancy Kelly Dance Studio pose for a picture before the 2011 Natick 4th of July parade.

FRAMINGHAM, MA - Many residents of Framingham got up early this morning to take a short drive over the town line to Natick.

Some got up early just to make sure they had a good spot to watch Natick's Annual 4th of July Parade -- and others to get ready to be in it.

As a town, we should thank our neighbors to the east for putting together a first-class, traditional, all-American Independence Day parade -- and for being unselfish enough to include Framingham performers, musicians, politicians, classic car owners, fire engines as well as parade watchers.

Most of the images below are of people from Framingham, we have many, many more photos and videos of parade participants from Framingham, Natick and other surrounding towns that will be uploaded to Facebook, Youtube and other online sites over the next few days.

Below are photos and videos of Framingham folks as they paraded down Rt. 27, into Natick town square, and up Rt. 135. 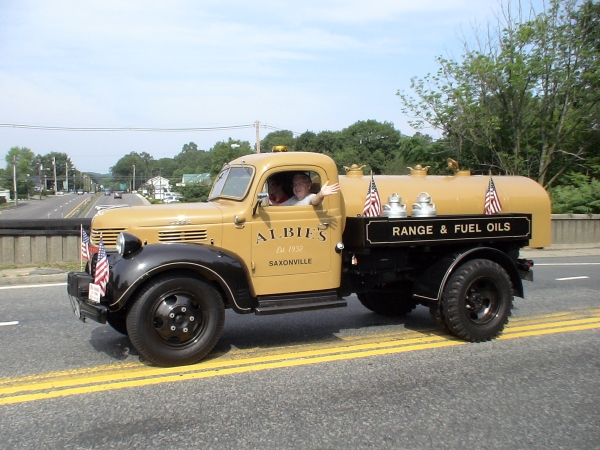 A motorcade of fire trucks from MetroWest and beyond participated in the parade including engine companies from Natick, Framingham, Ashland, Sherborn,  Hopkinton, Weston, Milford, Waltham and Revere.

Below are a few photos of modern and vintage Framingham Fire Dept. equipment in the parade. 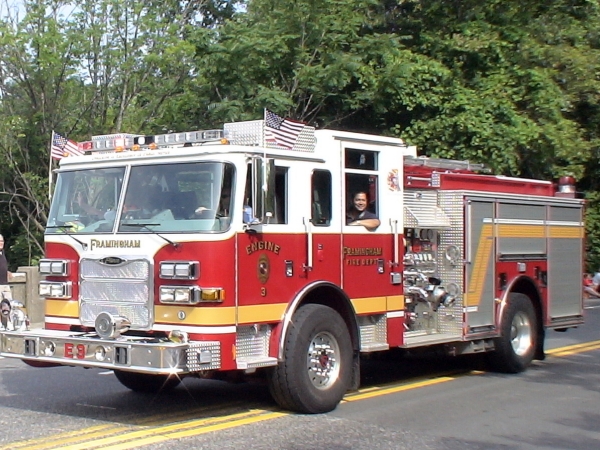 Rex Trailer is always a hit at the parade!

He's not from Framingham -- but Peter Panic has a message for you!

Thank you Natick for hosting a great parade!