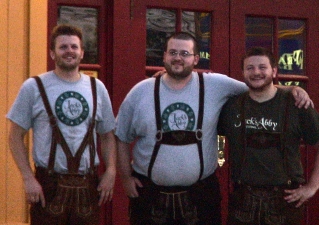 Jack's wife, other family members, friends and a bar packed locals were already inside -- there to wish the brothers well -- to taste the first commercially available kegs of the brewery's beer -- and to be part of the launch of a new Framingham business.

Jack's Abby Brewing, which is located at 81 Morton St. in Downtown Framingham was founded in January of 2011. A short seven months later, the company has geared up production and distribution and has already signed up several local pubs to carry its first two beers; "Saxon Sons Pilsner" and "Red Tape Lager" on tap. 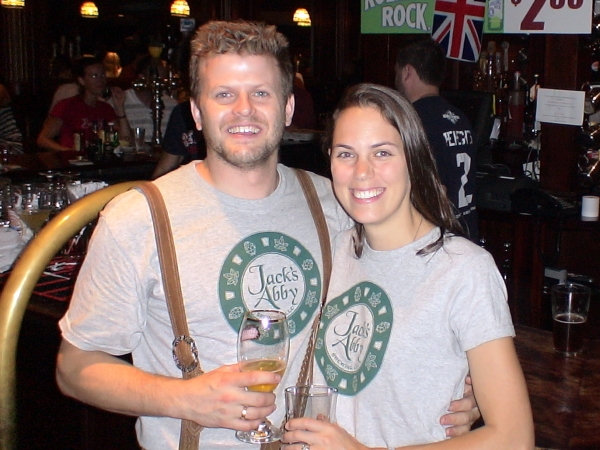 So, now it's no secret... The company is named in honor of Jack's [wife] "Abby". But, what many people don't realize is that the brewery isn't just some new idea the brothers recently dreamed up and jumped into -- they've been planning, learning and preparing for the brewery for nearly a decade. 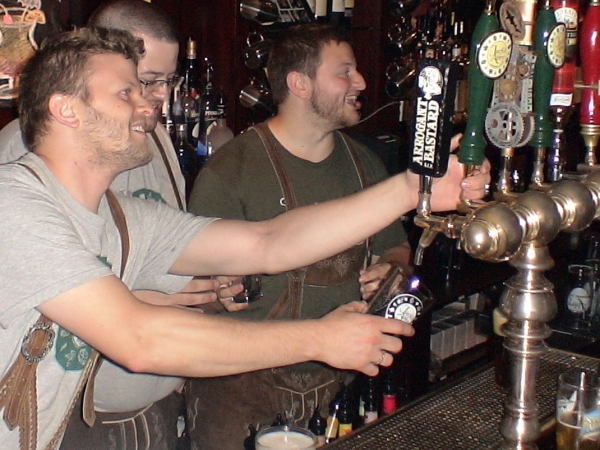 Each brother brings their own skill set to the business.  Jack has been developing and perfecting his Brew Master skills for nearly 10 years.  Sam's forte is community development and economics. And Eric has experience with commodities trading.  Since they are in "start-up mode", all three pitch in to do whatever is needed to run the brewery and market the beer. 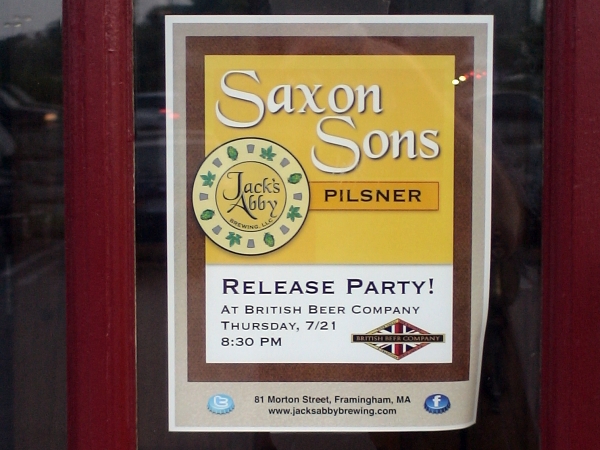 The family oriented entrepreneurs credit watching their father, uncle and grandfather, transform a family business, (Saxony Ice Company), into an industry leader as one the major influences in their decision to go into business.  "Saxon Sons Pilsner", the first beer they've commercially released is named in honor of the old family business -- and their way of carrying on the traditions of hard work, quality products, honest dealings and family values they were taught as kids. 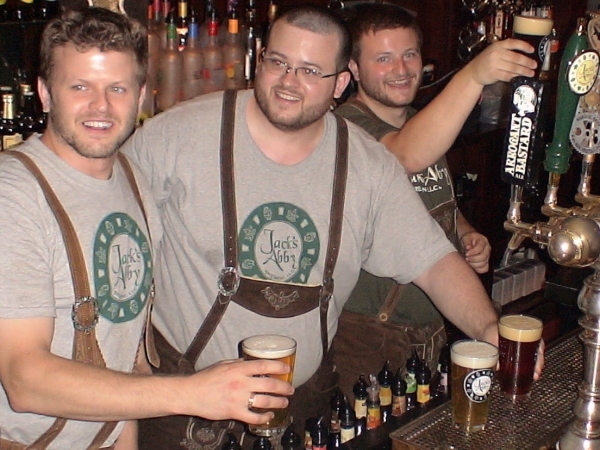 Jack, Eric and Sam tap a few more Saxon Sons Pilsners (and a Red Tape Lager) for the BBC crowd!