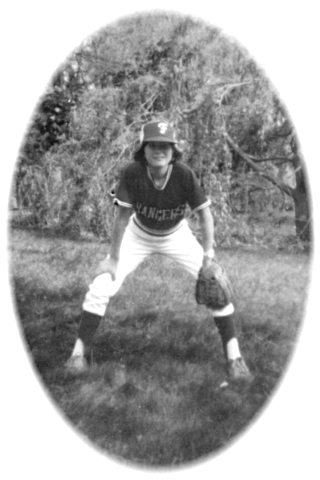 At age 12, Janet Leombruno was one of the first two girls to play Little Leauge baseball in the town of Framingham, Mass., (photo circa 1976)

FRAMINGHAM, MA - Janet Leombruno was born and raised in Framingham. She attended the Mary E. Stapleton Elementary School, the Cameron Middle School, and graduated from Framingham North High in 1981.

Always a trail-blazer, she was one of the first two girls in Framingham to play Little League baseball!

Janet volunteered at the YMCA to help young children in many activities and excelled in training youngsters in gymnastics.

For 13 years, she volunteered for numerous programs at Hemenway School.

She coached soccer for Framingham United Soccer Club for 6 years. She has coached baseball in Framingham for 13 years, (and currently coaches a "Majors" team), and also coaches in the Temple Beth Am Brotherhood "TBA" Basketball League.

Janet is a long-time Framingham Town Meeting Member and is Chair of the Public Safety Committee and a member of the Real Property Committee. Janet has been involved with numerous town political campaigns and several state-wide races, as well. 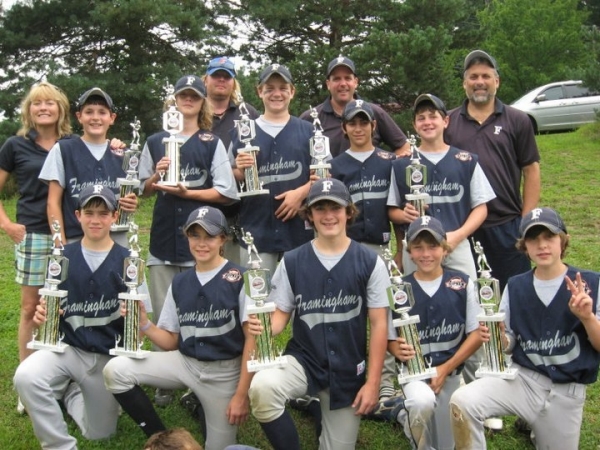 As if that isn't enough... Janet spearheaded the effort to bring Toys for Tots to Framingham and has taken a leadership role in the annual toy drive, which is a joint effort between Framingham Baseball and the Framingham Fire Department. She has also volunteered at SMOC and Baypath to aid the elderly! 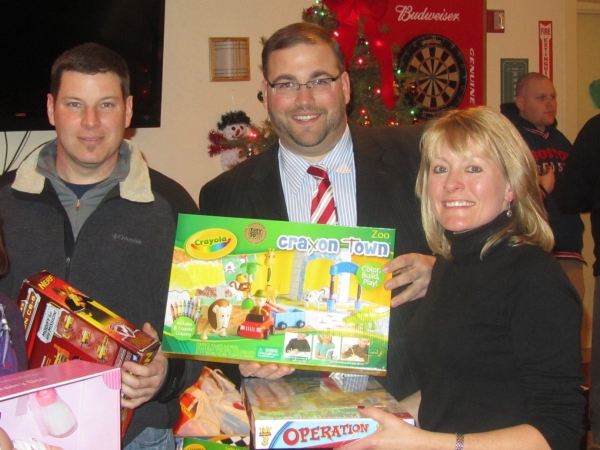 The Good Scout Award is bestowed upon individuals who have demonstrated integrity and genuine concern for others in both their professional and personal lives. The recipients need not have been Scouts but must carry the "Spirit of Scouting" into their adult lives. They are people who have been unselfish in their service to others on an individual and community basis. They seek no return for their service, other than the satisfaction of aiding their fellow citizens, their community, and their nation.

The Good Scouts are people who truly capture the respect and imagination of our youth.

In 2008 and 2010 Janet chaired the Good Scout award committee -- and this year, for all she's done and all she does -- Janet has been awarded "The Good Scout" award herself.

To honor Janet for all the fine work she's done for the Town of Framingham and beyond, the Knox Trail Council of the Boy Scouts of America is holding a reception on Thursday, September 15th, 2011 at Ken's Steak House, 695 Worcester Road, Framingham, MA

The cost for the event is $35 per person.

While tickets may be purchased at the door, for planning purposes, it's best to register in advance.

Registration can be done online, (click here), or by contacting Michael Labenski, Knox Trail Council, michael.labenski@scouting.org,  or by phone at (508) 872-6551.

Net proceeds will support the Knox Trail Council of the Boy Scouts.

If you are unable to attend this event, please consider a financial contribution to help maintain the viability of this critical character-building program.

Additional information can be found in the attached "download and print" reservation & donation form, (an Adobe .PDF format file).