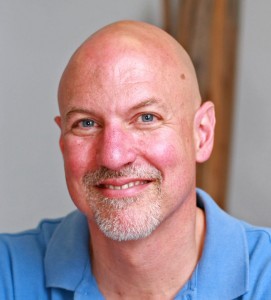 FRAMINGHAM, MA - A strong advocate for using technology to make government more transparent and accessible, Representative Tom Sannicandro was recently featured in The Economist for a website that asks his constituents and other interested parties to collaborate on and ultimately draft a bill to regulate net neutrality.

The magazine featured an article titled Government by (all) the people, which looked at efforts around the world to include citizens in law making.

The article references Rep. Sannicandro’s participation in the website lexpop. He also has his own wiki-style website that allows constituents to collaborate on new ideas for legislation in different topic areas, YourVisionForMassachusetts.wikistyles.org.

"There are a lot of talented people and innovative thinkers here in the Commonwealth. These websites not only allow more direct participation in the legislative process but also harness the brain power of the people of Massachusetts to meet some of the difficult and complex challenges we face as a Commonwealth," said Sannicandro about the websites. Rep. Sannicandro has agreed to file legislation that comes out of the lexpop project.

"I hope that the mention of the website in The Economist will drive participation in the collaborative process," said Sannicandro. "It is my goal to get a piece of legislation I can file out of this project."

Throughout his seven years in office, Sannicandro has been at the forefront of the use of technology to involve his constituents in the legislative process. He live-blogged and tweeted the last days of session in 2010 as well as the budget debate and the casino gaming debate. Both the budget and casino blogs were featured live on the MetroWest Daily News website. He has also incorporated Twitter into policy forums held in his district, including his latest Spotlight on Health Care forum. Currently, Rep. Sannicandro is planning an online Twitter Forum and an in-person Twitter Town Hall surrounding the issue of a complete jobs agenda and what that means in Massachusetts.

"There is real potential for dialogue between policy makers and the public via social media platforms," said Sannicandro. "It allows for a direct exchange unfiltered by the media or other intermediaries. I try my best to take advantage of these tools to keep people engaged in what is going on at the State House."

Sannicandro has also filed legislation to modernize laws to allow for private sector growth and to bring jobs to the Commonwealth. One of his bills would require health care providers to use electronic medical records, improving care and decreasing health care costs. Another bill would allow companies to use communications technology to fulfill the requirements of forming a Limited Liability Corporation, keeping Massachusetts on the cutting edge of the virtual job market.

"The way we do business is changing rapidly," said Sannicandro. "We have to do our best to harness the potential of these changes and to keep up with the needs of businesses so that the jobs of today and tomorrow grow here in Massachusetts."