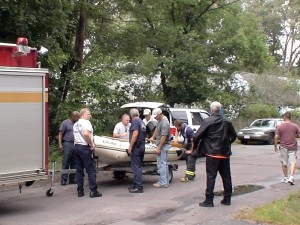 On Friday, Framingham Police issued a "Reverse 911" call to area residents asking that they notify police if they spotted Bamvakis who suffers from bi-polar disorder and can not take care of herself. 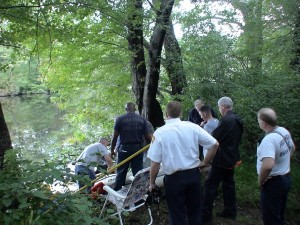 Framingham Fire and Police personel ready to put in search craft at canoe portage area off Central Street above the Great Falls at Saxonville. (September 24, 2011)

According to one of the residents of Centennial Place, Framingham Fire and Police were searching the area as they beleived a cell phone found near a bend in the river on Central St. across from Johnson St. may have belonged to Bamvakis.

Residents of the Centennial Street neighborhood feared Bamvakis may have wandered down a path used as a portage for canoeists to navigate around the shallow, but swift moving part of the river that leads to the reservoir above the falls. 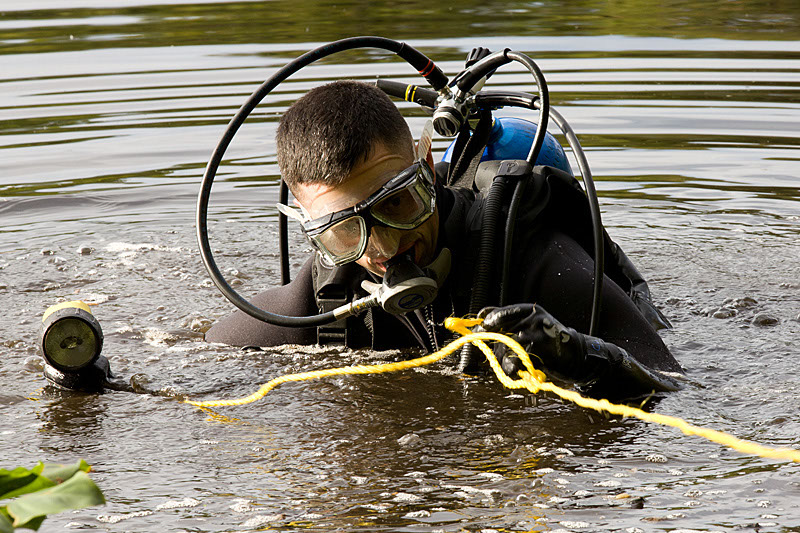 At the time of this writing, Bamvakis had not yet been found.  Framingham Police ask that anyone with information as to Bamvakis' whereabouts call the non-emergency police line at:  (508) 872-1212.