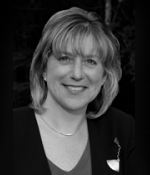 FRAMINGHAM, MA - In an effort to protect municipalities concerned about negative impacts from a bill to expand gaming in the Commonwealth, Senator Karen Spilka, (who represents Framingham and other area towns in the Massachusetts 2nd Middlesex & Norfolk districts), filed amendments today with the Senate Clerk's Office to strengthen safeguards and provide additional protections for surrounding communities.

"The legislature has debated and voted on expanded gambling in Massachusetts for several years now, and this year it looks closer to becoming a reality than ever before," said Spilka. "Throughout this entire process, my main priority has always been to protect and support my district’s residents, communities, neighborhoods, and local businesses. I have filed these amendments to make sure the needs of surrounding communities are better addressed and understood so we can have the best possible outcome for our towns, our residents, and the Commonwealth as a whole."

Spilka has already fought hard to include protections for communities that find themselves impacted by another community’s choice to host a gambling facility in the current version of the bill. After hearing from and discussing this issue with many of her constituents and local officials, Spilka submitted amendments to strengthen these community safeguards and ensure that surrounding communities and the public are involved in the entire process.

"Working on my constituents' behalf to further strengthen our communities is the reason I get up in the morning and their priorities come first," said Spilka. "These amendments were submitted with the needs and concerns of my constituents foremost in my mind."

The Senate has formally scheduled Monday, September 26th to begin debate on the bill.